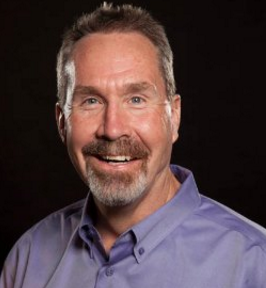 As the business owner of Builders Appliance Center from 2005 -2015 and now Managing Director at Aspenwood Capital, Ken has a strong record of spearheading change, increasing revenue, and improving employee productivity and morale as well as navigating the challenges of the 2008 housing collapse. He is skillful in creating and implementing creative marketing strategies to solidify strong customer relationships. Ken Jensen has over 30 years of management and leadership experience. His career started in the financial industry as a Bank Manager and Loan Officer. Then, as General Manager of the largest branch of a large international company, his team had the highest sales and profit numbers in the industry.

I would say that I’d always heard that nice guys finish last, and I’ve proved that wrong.

← Growing up twice, from senior engineer to basement to success; how to grow a successful IT company with Rick MurphyGrowing an agency, doing it the right way, from 7 to 29 employees and 2 locations with Dan Bowers. →

Listen, learn and accelerate your success by listening to Colorado’s top entrepreneurs and thought leaders. Each episode uncovers the intricate story of business success, what was done, challenges overcome, and specific steps you can implement to take action now. Featuring business leaders and experts from Colorado.